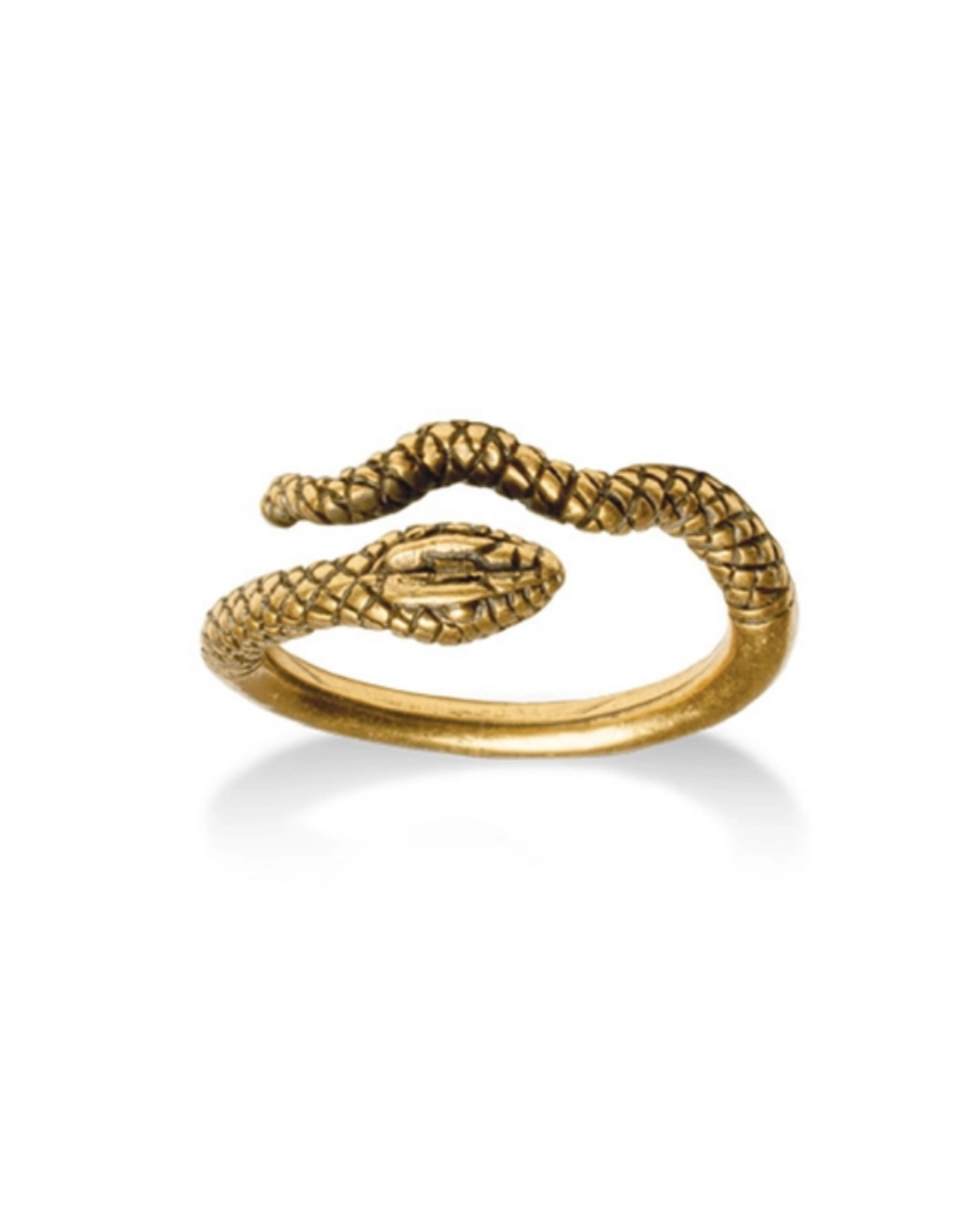 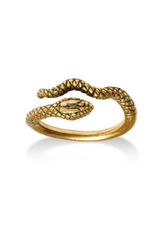 In ancient Egypt, as in many cultures, snakes were both feared and worshipped. As one of the demons of the underworld, the destructive Apophis was feared while the serpent Meretseger was worshipped as the protector of the Valley of the Kings. A cobra, uraeus, was attached to the headdress of King Tutankhamun and other rulers as their royal insignia and protection. Some believe that Cleopatra was killed by an asp that she had smuggled into her room. Materials: pewter with antique gold finish Ring size is adjustableMade in United States of America