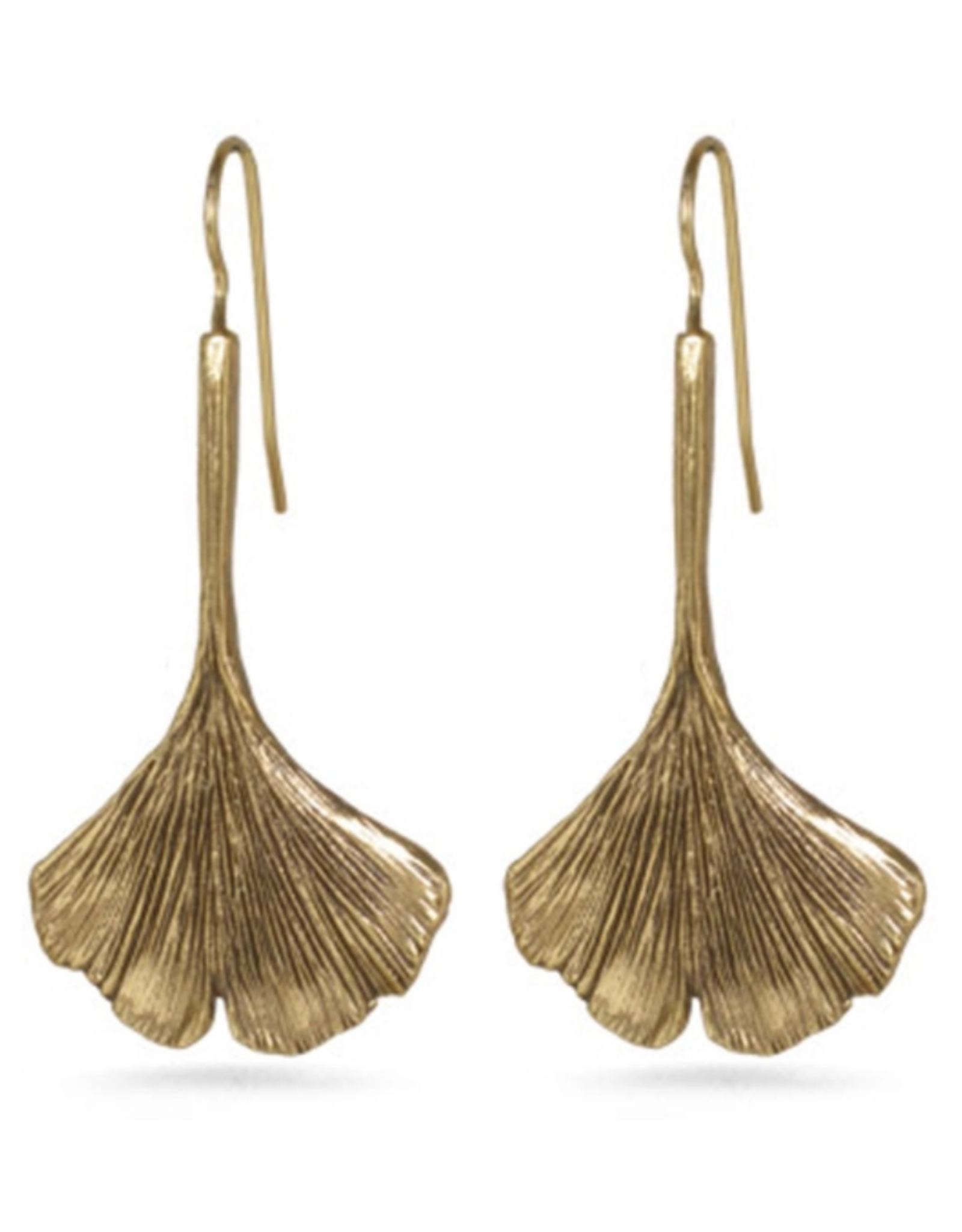 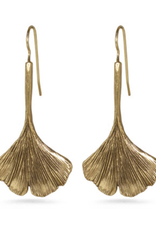 The Ginkgo (Ginkgo biloba) has been present on Earth for nearly 60 million years and is considered a “living fossil”. It is the only survivor of a lineage that dates back to the time of the dinosaurs. Its native habitat is only in two small areas in eastern China, and it has been widely cultivated for centuries. Their uncommon leaf shape is similar to the maidenhair fern and is the source of one of its common names, Maidenhair Tree. Ginkgo trees are planted throughout the Japanese and Chinese Gardens at the Huntington. Materials: pewter with antique gold finish Length: 2"